Lausanne is the capital city and biggest town of the canton of Vaud, Switzerland. It is situated on the shores of Lake Geneva. It faces the French town of Évian-les-Bains, with the Jura Mountains to its north-west. Lausanne is located 62 kilometres (38.5 miles) northeast of Geneva.

Lausanne is a focus of international sport, hosting the International Olympic Committee (which has recognized the city as the “Olympic Capital” since 1994), the Court of Arbitration for Sport and some 55 international sport associations. It lies in a noted wine-growing region. The city has a 28-station metro system, making it the smallest city in the world to have a rapid transit system. 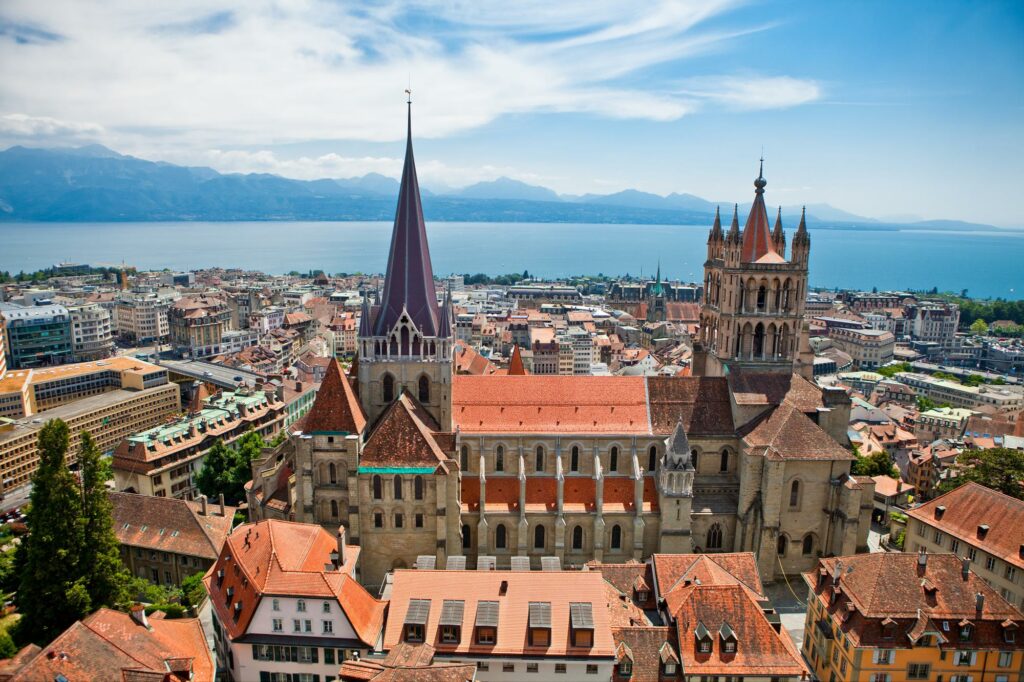